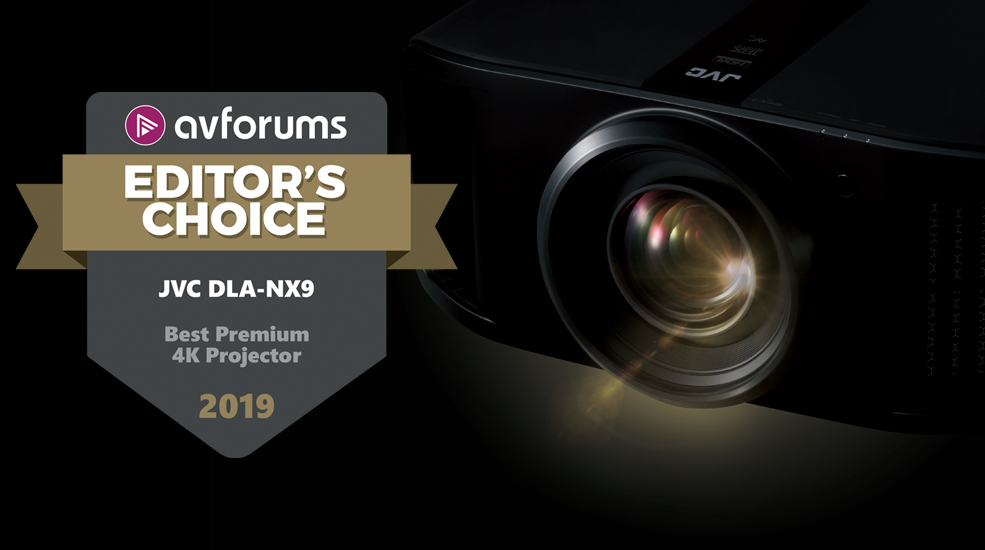 Announced on its launch in 2018 as the world’s first e-shift 8K projector, the JVC NX9 is the flagship 4K DILA projector which uses new native 3x 0.69-inch 4K DILA chips and costs a whopping £17,999 at the time of its review in November 2019. The NX9 also boasts a claimed light output of 2200 Lumens and contrast of over 100,000:1 and, with the advanced Iris Control, JVC claims over 1,000,000:1 as a dynamic contrast figure. The NX9 is also HDR10 ready with the new Frame Adapt HDR technology that can be switched from Static, to Scene by Scene or Frame by Frame to adjust the dynamic tone mapping. This allows the NX9 to produce the absolute best dynamic range to match the HDR content to its capabilities. There is also support for Wide Colour Gamut (WCG) with the DCI-P3 cinema filter.

It is expensive, but in its market segment, the JVC DLA-NX9 adds a new approach to HDR which actually really works to raise the picture quality of a projector with the format. With all the other added features, build quality and new lens set up, we feel the NX9 is best in its class at this market point.

► See the full specifications on our DLA-NX9B projector.