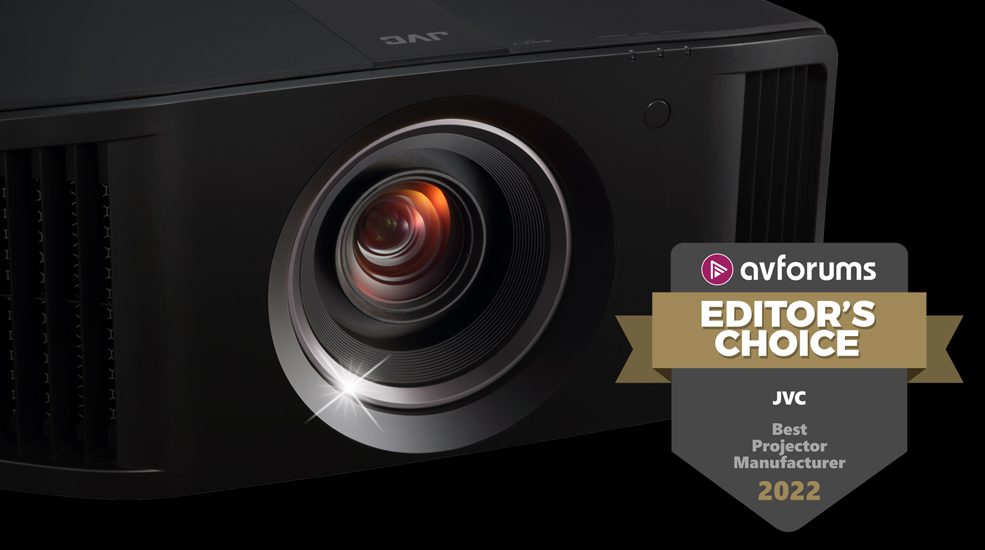 JVC are very honoured to have been awarded Best Projector Manufacture in the 2022 AVForums Editor’s Choice Awards.

Receiving this award for a second year in a roll brings great responsibility to deliver high standard technology and performance.

We really appreciate this award and the comments by the AV forums team.

While JVC can be justly proud of its legacy - it celebrated the 25th anniversary of its D-ILA technology this year - and of its talented stable of new home cinema projectors, we hope it will also continue to listen to its user base when improvements are requested."